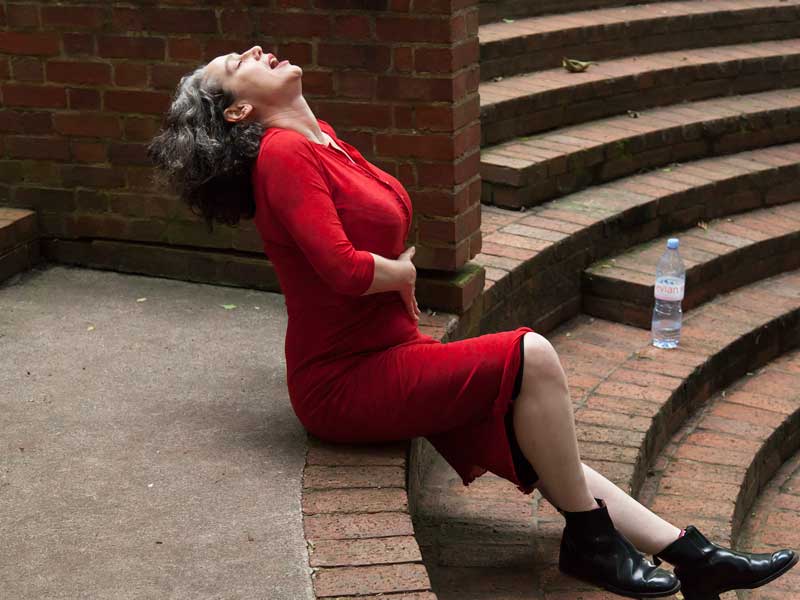 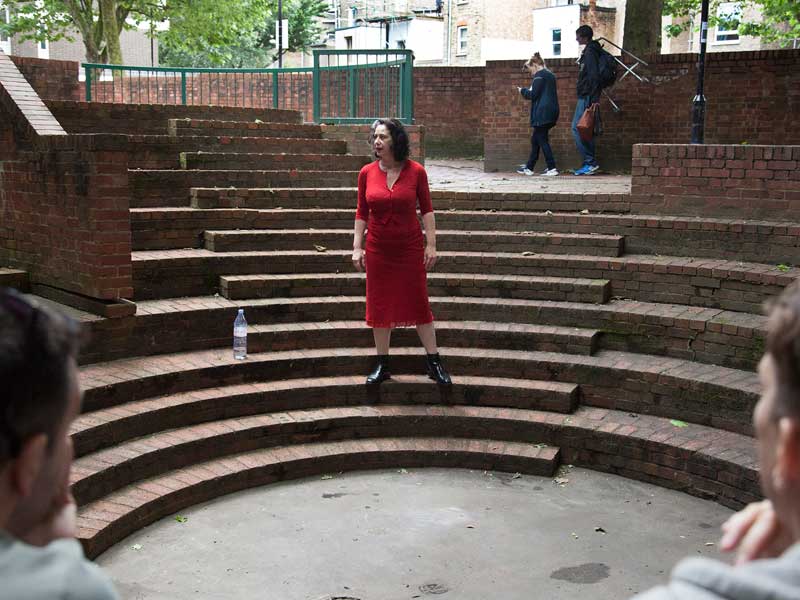 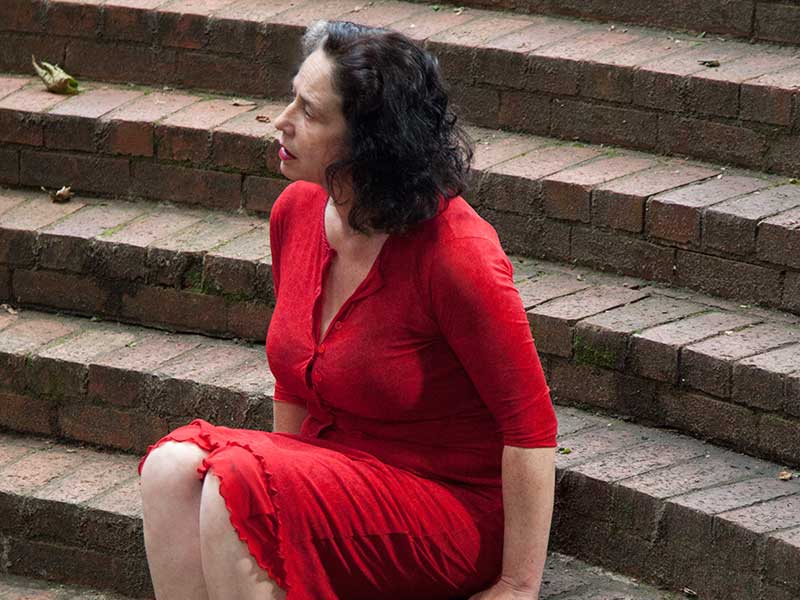 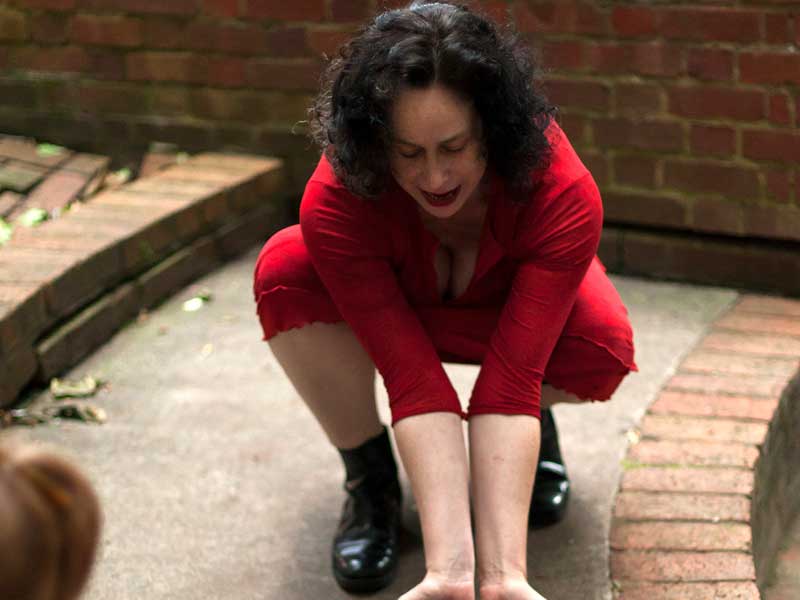 An immersive monologue In Memory of Leaves; exploring love amongst the bulldozers from Wornington Green W10 to the camps of Calais.

'In a park on Portobello Road a blackbird sings wildly.
A bulldozer approaches her cherry tree.
In ‘the jungle’ refugees are evicted from their shacks.
The trees shiver in the sand.
Thousands squeeze into the north side of the ghetto,
where a young Afghani graffiti’s London Calling
on the motorway wall. In Portobello a woman searches
for her love amongst the rubble of her home.
A poetic monologue for people on the move; from
Wornington Green to the camps of Calais.'