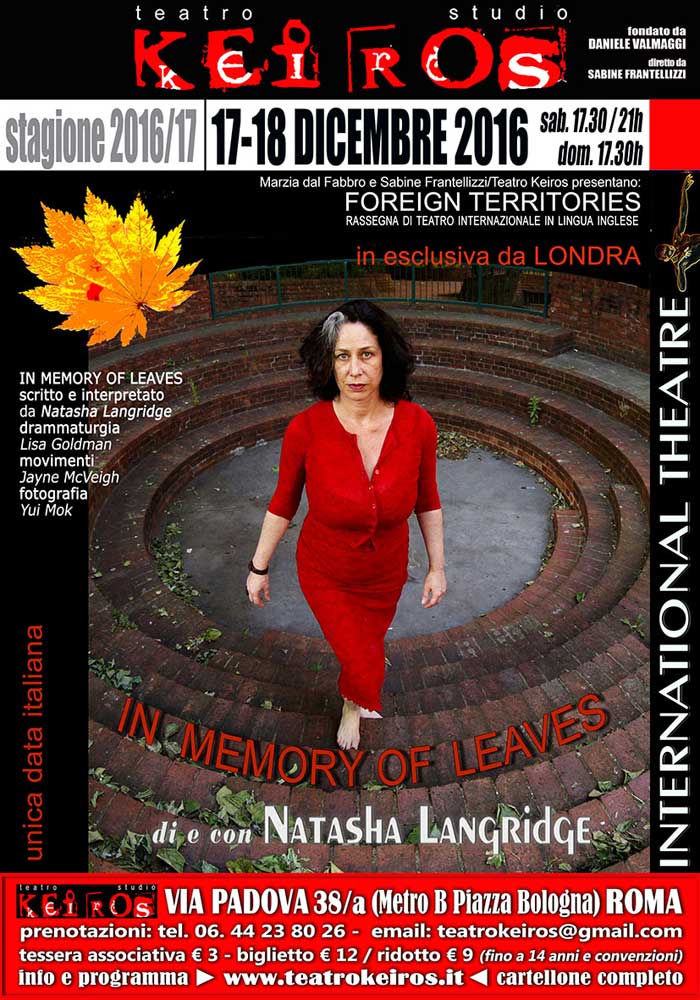 Reviews:
‘As stylistically imaginative as it is emotionally raw.’ Time Out
‘Magical Mystery Tour well worth the ride.’ Evening Standard
‘Verbal glitter.’ The artdesk.com

For further information on the festival please go to: www.teatrokeiros.it.