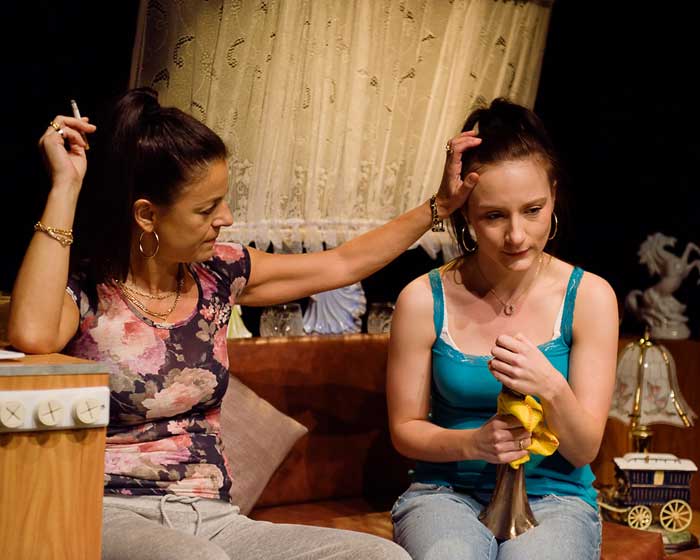 The Romany people, who trace their origins to medieval India, are perhaps six million in number, and about one per cent of this total lives in Britain. Their language is related to Hindi and Gujarati; "shraddha" is a Romany term meaning "faith".

Romany itinerants have been depicted with varying degrees of affection in Carmen, The Hunchback of Notre-Dame, the novels of George Borrow and Buffy the Vampire Slayer but in popular culture they are habitually vilified and stereotyped as con men, thieves and dabblers in black magic.

Natasha Langridge’s play promises to redress the balance, suggesting the precariousness of this marginal group’s existence. Yet though liberally sprinkled with Romany words such as "grai" (a horse) and "yox" (eyes), it isn’t truly revelatory about the culture behind them.

The central characters are Joe, a "gorger" (ie not a Romany), and the defiantly Romany object of his affections, Pearl. Their relationship is zesty, profane and noisy, highlighting the tension between conventional society and those who resist its norms.

In Lisa Goldman’s production there are scenes of tenderness and of violent fury. Yet while Shraddha is linguistically interesting, beneath the distinctive language is a straightforward story of forbidden love and its trials, not dissimilar to Romeo and Juliet.

Some of the imagery is heavy-handed. For instance, the fact of Pearl’s being more visceral than Joe is illustrated by her gutting a rabbit and bloodying herself with its entrails. And the centrepiece of Jon Bausor’s design is a metal fence; its importance as a symbol of social division is emphasised strenuously.

Still, Alex Waldmann is vigorous as Joe, sometimes earnest but also boyish and playful. Jade Williams’s Pearl is spiky, seductive and feral. There is good work in the smaller roles, too, especially by Anna Carteret as Pearl’s soothsaying grandmother.

Shraddha has energy and some moments of real poetry, and, although at times soft where it might more credibly be bleak, it feels faithfully contemporary.