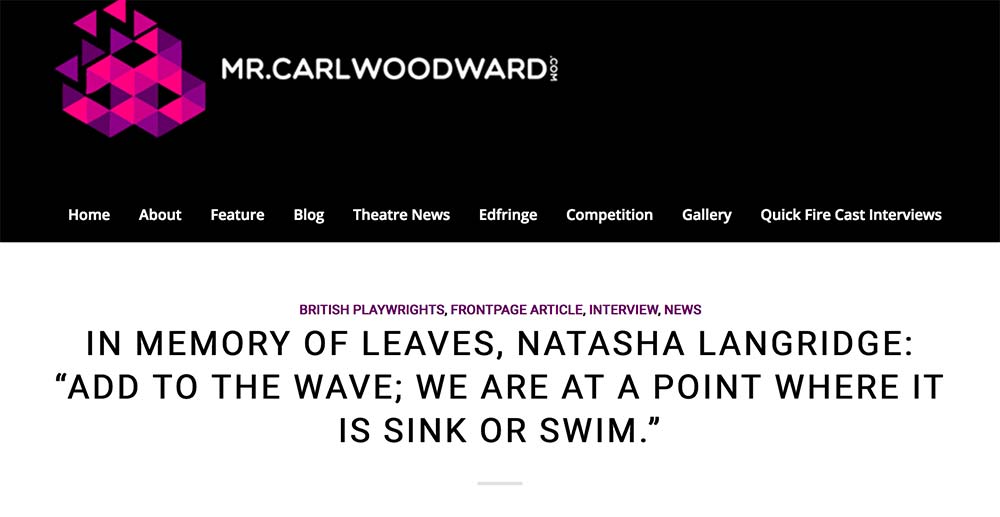 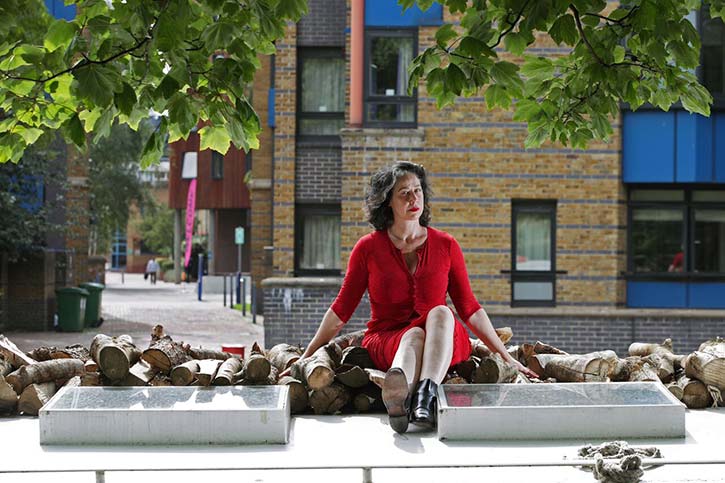 “Grenfell is 10 minutes from where I lived – a lot of people are being treated absolutely appallingly,” she says. “The richest borough in London in one of the richest countries in the world and to be in a situation like this; thousands of empty properties. It’s unforgivable.”

Her new show ‘Memory of Leaves’ is being performed on a wide beam barge at three different London docks. Written in the wake of her home on the Wornington Green Estate in Kensington being demolished, Langridge’s monologue explores what happens to communities when they are moved from their homes. It follows her getting arrested with Occupy Democracy and volunteering in the refugee camp in Calais. The monologue is described by Langridge as ‘a love letter to neighbours and a revolutionary call to the world.’

“Memory of Leaves is an impassioned monologue about love and protest,” she explains, “I originally did this show on the road I live on in an amphitheatre. I wanted to reach out to people who can relate to the fact that bulldozers that have become the London skyline. I wanted to reach boaters; that’s a whole community. I wanted to do it on North Kensington on the canal there and for people going through regeneration or people who are seeing or hearing it first-hand.” 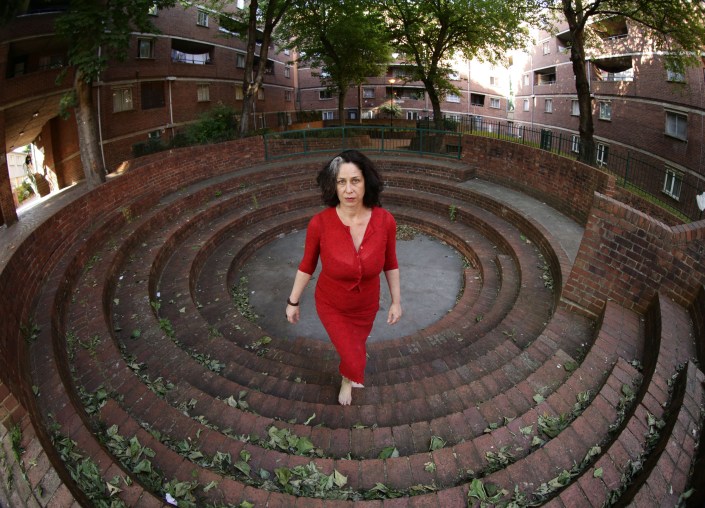 Natasha is co-author of Rage and Reason: Women Playwrights on Playwriting, a powerful book exploring the craft of play-writing and the pressures of working within a male dominated environment. Does she think we have made progress when it comes to gender representation?  “It’s a lot more balanced in terms of women playwrights and there are certainly a lot more BAME playwrights. However, theatre could and should do more; in terms of who’s running the buildings and who is directing work for our nations stages,” says Langridge.

Does she think that mainstream press is doing enough to tackle serious topics within our contracting society, I ask. “The press are not using their responsibility wisely and they are not going to use it,” she explains. “They have a different agenda and that agenda is the status quo. Everybody is hungry for change. What’s different about this piece is I am talking about issues that have affected me directly. It’s a very personal piece.”

The failure by the Tories to tackle the severe housing shortage is part of an ideology to target the vulnerable. We can all make a difference, she thinks. “Ask yourself: what can you contribute? What are you contributing? Are you contributing something positive? Make a difference within your local community,” she pauses, “One of the reasons that we have allowed ourselves to be so fucked over is that we have a government who allow homeless people to sleep on the streets, ensures workers are not earning enough to live on and a political party that is dismantling our public services,” she says.

Making your own work is an excellent way to get noticed and bring your ideas to life. What is her advice for aspiring artists who have something to say in 2017? “Do what you believe in and do what is in your heart. That is what theatre needs and not necessarily clever stuff but stuff that is actually felt. It’s a difficult thing writing,” she says.

The point, for her, is that we aren’t taking the time to look out for one another. “One of the reasons is that we have lost touch with each other. We’ve been encouraged to only do well for ourselves. We’ve forgotten each other and what makes us happy and we need to make a change.”

Langridge maintains that we have to wake up. “Fight for what you believe in. Ask yourself what can you contribute? Are you contributing something positive? Add to the wave – we are at a point where it is sink or swim,” she says defiantly.