Following performances at the InTRANSIT Festival and the TeatroKeiros in Rome, Natasha is currently rehearsing In Memory of Leaves on a wide beam barge for an alternative tour of London across three canals. The production opens on the Fordham Gallery Barge at Meanwhile Gardens on the Regents Canal in North Kensington on Wednesday 4th October, 2017. 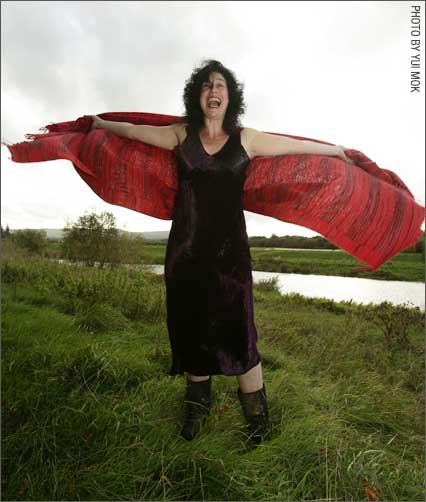 Winner of the Meyer-Whitworth Award for her play Shraddha (directed by Lisa Goldman, Soho Theatre), Natasha also wrote and directed Beverley (UK Tour), Breathing in Brixton and The Method (Oval House Theatre). She is also co-author of Rage and Reason published by Methuen. Following a workshop and reading of her play, about 18th Century female Pyrates, Scourge, at The National Theatre New Work Dept, Natasha is now developing the script.

Natasha was a member of the BBC Writers Academy and has written episodes of Doctors and Eastenders.

Her short film Occupy Your Heart was presented at The Brighton Film Festival.

Natasha’s varied acting credits have included Flying Spider in Tom Thumb at the Queens Theatre Hornchurch, Katherine in Shakespeare’s The Taming of The Shrew for the English Theatre of Copenhagen, Claire Claremont in Howard Benton’s Bloody Poetry, Ruth in Claire Dowie’s Easy Access (Drill Hall London), Belle in Riggs O’Hara’s Fantasy Café (Ustinov Theatre, Bath), Masha in the experimental A Russian Love Tale for BAC London, Irina in Channel 4’s Irina is Not herself Anymore, Lady in the Self Observed Film Duties of a Lady Female and Queen Mary 1 in Woeful Puppet for Unity Arts.